A PASSION FOR JUSTICE

“An evening of taut theater that shows Darrow’s uneasy relationship with his own reputation and draws heavily from the legendary trial lawyer’s courtroom stemwinders, so Darrow’s cool logic and righteous fire come at you verbatim. This inspires a wonderful ambivalence from Morella, who has the cadences of both weary insiders and gifted orators down pat.  The summations have real staying power as Morella appeals to the audience as the jury… The material is legendary and Morella plays Darrow impeccably - his fluidity in the role seems natural, almost effortless – a real tour de force… It’s the law as theater, and it does its subject justice.”

“At a couple of points in A Passion for Justice, the engrossing one - man play about Clarence Darrow, the famed lawyer reminds his listeners that 'History repeats itself – that is one of the problems with history.' Paul Morella, who co - wrote the play with Jack Marshall, delivers those words in a slightly world - weary way that speaks volumes about the cases and causes that occupied Darrow.

From his efforts on behalf of organized labor and victims of racial hatred (the jurors 'were prejudiced and they rose above it') to his spirited defense of intellectual freedom in the classroom and his eloquent plea on behalf of despicable thrill - killers, Darrow left his mark on many a 'trial of the century.' In the process, he developed a keen sense of human nature and potential ('If people can think, they can learn'), and he maintained a pretty decent value system himself, even if he wasn’t above tricks (or worse) to win a case. Conversational passages in the play neatly dispense necessary nuggets; actual summations to the jury provide the bulk of the text and the drama. For those passages of courtroom oratory, the lighting comes up and Morella moves in close to the audience, as if all present were on the jury. Thanks to the actor’s masterful, finely - tuned performance, you can’t help but hang on every word, or feel swayed by the arguments. The play unfolds in unfussy, chronological fashion on a simple set that suggests a vintage law office in the process of being dismantled and packed away, its legacy in danger of being forgotten. A Passion for Justice makes a vibrant and valuable case for putting Darrow and his brilliance back into the limelight.”

"Fascinating, intimate and incredibly dynamic... Morella pulls off the daunting challenge, and makes Darrow a deeply rich and complex character, inspiring the audience’s imagination and curiosity.”

“Transcendent, vivid, terrific—soliloquies from the heart—a wonderful performance of a larger-than-life figure in our age; I got into Clarence Darrow again for the first time in forever." 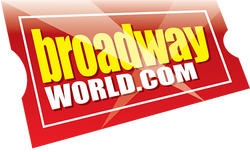 “A Passion for Justice is clearly a play for an audience beyond lawyers, and it is the 'sanctity of a single human life' that drives the character of Clarence Darrow. As Morella so concludes just prior to thunderous applause and a standing ovation at curtain’s fall, 'All life is worth saving...and mercy is the highest attribute of man.' Perhaps this play might be best entitled, 'A Passion for Mercy' – for Morella’s Darrow, justice and mercy were inextricably intertwined, capital punishment was a fancy name for killing and what mattered most in a man’s life was never the plaques and trophies of individual achievement. A man’s true legacy lies in the ideas he fostered and the causes for which he fought.”

“Just what are the law and justice? It’s a fair question when you consider A Passion for Justice: An Encounter with Clarence Darrow. Perhaps best known for the 1925 John T. Scopes trial that revolved around teaching evolution in schools, Darrow also handled many bigger-than-life cases involving everything from labor to murder to discrimination. The play recounts much of Darrow’s professional life, relying heavily on many of the closing arguments the famed litigator gave during high profile cases.

Paul Morella, who wrote the play with Jack Marshall, is the sole actor in the production. As such, he gives an amazingly passionate performance as the lawyer, the only one of five children who shared his parents’ love of reading and ideas, which eventually took him to the law. Although Morella has played Darrow in various forms since the play was first staged, his characterization is fresh and vibrant.  The play examines much of Darrow’s brilliance as a lawyer, but also some of his dark side and misdeeds.”​